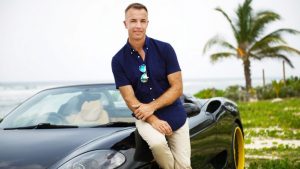 All the fuss over the recent BBC documentary should not be about its content but rather how we managed to get “spun” so easily by a journalist yet again.

The BBC documentary “Britain’s Trillion Pound Island” was a classic example of a piece of entertainment posing as an insightful documentary. Before launching into a criticism of the documentary, we should recognize that there were in fact many moments of truth in it. Given the video format, there is no denying that people said the things we heard and saw. But what makes the documentary “work” from the BBC’s perspective is how this selective footage is presented by the narrator coupled with editing that supports the pre-ordained story and perception that the documentary set out to accomplish.

In the documentary, Cayman is presented as an island for the ridiculously rich, with great inequality depicted by various pockets of poverty. An island which is costing British taxpayers by reducing the level of key public services they could otherwise have, due to the lack of British government revenues caused by “tax havens.”

While delivering this message, the documentary offers footage of nice food, beautiful beaches and in an awkward sort of way, promotes one pillar of the economy (tourism), while slamming the other (financial services).

It is hard to blame any of the people interviewed. One way of looking at it is that for the most part they were all interacting honestly with the journalist. The vast majority of these individuals could not be expected to serve as “page x” of the Cayman Islands public relations brochure; that’s not their job. But for others it’s fair to ask why they were interviewed in the first place or whether they were adequately briefed.

And neither can we blame the journalist. He was simply doing his job: aiming to produce something that viewers would “like” or find entertaining. If we are still asleep, we should wake up to the fact that a show featuring the Kardashians became a huge hit, so basically anything goes in the new media age. Harping on about the integrity of his journalism is beside the point; today it’s not as much about integrity and insightfulness as it is about maximizing viewers and readership. And the latter requires amusement and entertainment to drive revenues. There is still a place in this world for the traditional expectations of the media, but it’s important to realize that while we may not agree with what has happened to standards in media, the culture of this sector has changed significantly.

What we should be concerned about is, given our own PR strategy and concerns, how did we, after more than 50 years of experience dealing with the media, full knowledge of the bias against offshore centers and many experiences of international journalists knocking on the doors to “stitch us up,” make such a horrible mistake?

A simple Google search of the British journalist Jacques Peretti reveals that he is an investigative journalist, and that one of his productions focuses on the lifestyles of the super rich (which incidentally starts with the line “So what are the super rich, are they bastards?”) and several other articles that indicate he may take a certain slant on Cayman. This shows up in the first page of listings in the Google search.

This suggests that there is at least a little blame to go around in terms of questioning the role of the lead person(s) or entity that coordinated these interviews and introduced the journalist to the various people and organizations in the Cayman Islands. It appears that much of this started with the Department of Tourism, but it’s not so clear if there was sufficient coordination between the various government ministries, etc. It is also apparent that there was insufficient assessment of the potential risks to the financial services industry’s reputation.

So what have we learned?

The journalist did not force a taxi driver to say that Cayman has “undercover companies” operating here. That’s what the taxi driver thinks. He did not fake the appearance of an ex-civil servant living in poverty. She is. And a realtor does jokingly make light reference to suitcases full of cash back in the 1970s – probably because he grew up hearing of such stories. But anyone with a camera and half a brain cell can go to any country and create real footage (selectively) that tells any story they wish to tell. We were victims of that approach and simply have to accept that the various interviews, while not being fully representative of the larger picture, represents a part of our society.

The experience also shows that those working in the tourism sector need to be better educated on the true workings of the financial services sector. This does not mean feeding individuals with untruths; it simply means letting them know there are other sides to the story and perception of our financial services industry. They can then make their own judgments about the situation. Given what we know about this perception issue and the debate surrounding it,it is highly likely that many of those individuals would have a more positive reflection on the role and workings of our financial services industry if they had such insight. Cayman Finance’s awareness campaign was a good start in that regard. We need more of that and it must be targeted at those working in that other pillar of the economy where they speak to tens of new visitors everyday.

The experience also shows that while we would not wish to turn the clock back to the days when doors were shut to international journalists seeking interviews, we should at least have modern ways of assessing the validity, integrity and risks associated with approaches to “cover the Cayman story.”

Finally, there has been some criticism of the performance of the premier and the governor in the documentary. I believe this criticism was a bit harsh. Watching the video, both appeared to be trying to defend Cayman’s reputation. To a certain extent, both were also victims of clever editing and presentation by the narrator. But the lesson here is that their advisers might have done a better job to protect them, either with better preparation or advising them to avoid the interview entirely.