Cayman Banks by the numbers

Cayman Banks by the numbers 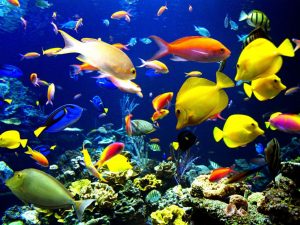 The main sources of Cayman Banks

Of the 159 banks that existed at the end of 2016, Europe and South America represents the two largest regions from which Cayman Banks originate. Each region is responsible for roughly 22% of all Cayman Islands banks, with the USA coming in as the third largest source being 13% of all banks. The least influential source of Cayman banks is the Middle East, which represents 3% of all Cayman banks.

How far have Cayman banks come?

The number of US based banks was 33 at the end of 2016, which represents a decline of 74% over the same period.

So, what do these trends mean for Cayman banking?

For numbers, not so good..

But in recent periods this trend has changed because the total assets of the banking sector as a whole has declined by 22% between 2014 and 2015 and it is likely this trend has continued in 2016. CIMA’s recent banking statistical digest suggests that this balance sheet decline was largely due to banks up-streaming their Cayman Islands deposits to their parent group due to regulatory reasons in Europe.

Banks have benefited from improved risk management and a more conservative approach, with provision for credit losses decreasing significantly by 84% between 2014 and 2015.

Cayman Islands banks have improved their bottom line with the sector showing a 52% increase in net income retained according to CIMA’s most recent report. In addition The Cayman Islands continues to be recognised as one the world’s top international banking centres, winning numerous accolades from the Banker magazine over the past 10 years.

Losing significantly large numbers of licensees over the years doesn’t bode so well for the local economy in terms of employment and contribution to GDP. But its good to see that bank’s in the Cayman Islands have enhanced their credit risk management and are performing very well.